To share your memory on the wall of Onuel Jackson, sign in using one of the following options:

Services will be planned for a later date. .

Services will be planned for a later date. .

Mr. Jackson was born on September 20th, 1922 in Elmore City, Oklahoma to Jesse and Hattie (Rains) Jackson. He was a Baptist, was a War World II Army Veteran. enjoyed Cowboy Polo and Loved The Rangers. He married Vera Mae Crouch on October 21, 1942 in Altus, Oklahoma. She preceded him in death.

He is survived by

There are no events scheduled. You can still show your support by sending flowers directly to the family, or planting a memorial tree in memory of Onuel Earnie Jackson.
Plant a Tree

We encourage you to share your most beloved memories of Onuel here, so that the family and other loved ones can always see it. You can upload cherished photographs, or share your favorite stories, and can even comment on those shared by others.

Posted May 28, 2019 at 01:53pm
We would like to express our sincere condolences to you and your family. With deep sympathy, we share your sorrow, after the tears have dried and the goodbyes have been said, all we have to hold onto are the happy memories that we’ve shared with our loved ones who have passed, this is what keeps them alive in our hearts and in our minds, and they will continue to live on, through us. May God give you the strength to endure the pain you are going through and may he embrace you and comfort your family during this difficult time."Jesus said to her: 'I am the resurrection and the life. The one who exercises faith in me, even though he dies, will come to life.'"-John 11:25
Comment Share
Share via:
T

Barry, Jerry and Jan, I’m so sorry to hear about your dad. My sincere condolences to you and your family. He was a very kind man. 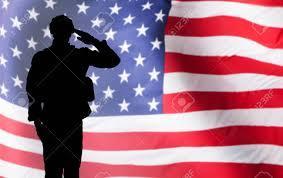