To share your memory on the wall of Johnny Max Pilgrim, sign in using one of the following options:

A Memorial Service for Mr. Pilgrim will be held Wednesday, May 6, 2020 at 2:00 PM at Miller Family Funeral Home.

A Memorial Service for Mr. Pilgrim will be held Wednesday, May 6, 2020 at 2:00 PM at Miller Family Funeral Home.

Johnny M. Pilgrim was a beloved husband, daddy and papa, and an extremely loyal Marine. Johnny passed away peacefully at home on Sunday, May 3, 2020, at the age of 71. He is survived by Jeanie, his wife of 52 years, his children Michelle and her husband Jason, Brad and his wife Kristine, and Mark and his wife Stacy, and grandchildren Kimberly and husband Rodger, Jordan and husband Connor, Will, James, Tori and Lilly. Johnny is also survived by his sisters, Charlotte, Faitha, Sue and Sheila. He was proceeded in death by his parents, Buddy and Marie Pilgrim, and his brother, Larry.

Johnny was born in Pittsburg, Texas, on July 17, 1948, to Buddy and Marie Pilgrim. He attended school in Snyder, Texas, where he met his wife, Jeanie, the love of his life. Johnny joined the Marines at the age of 17 and served two tours in Vietnam. Between his two tours, Johnny took military leave and he and Jeanie married on March 15, 1968. In 1970, the pair welcomed their first child, Michelle. Sons Brad and Mark were born in 1973 and 1975.

He was an incredibly hardworking man, wearing many hats over the years. Johnny left active duty in 1969 and continued to serve in the Marine Corps Reserves until 1989. He served many years on the Snyder Fire Department, both as a paid-man and a volunteer. As part of his EMT training, he did his clinicals in the E.R. at Cogdell Hospital with his daughter. Johnny taught for many years as the Diesel Mechanics Instructor at WTC. He also worked many years in the west Texas oilfields as a safety man. A man of great faith, Johnny was a member of the 37th Street Church of Christ in Snyder, Texas.

In his spare time, Johnny enjoyed working on restoring his Cushman scooters, riding motorcycles and camping. One of his favorite pastimes was playing with his grandchildren and building them custom playhouses. He was also a skilled writer, and often wrote short stories and poetry.

We will dearly miss his sense of humor and his unconditional love.

In lieu of flowers, the family would like to request that donations be made to the Snyder Fire Department or the Big Spring Chapter of the Disabled American Veterans.
Read Less

To send flowers to the family or plant a tree in memory of Johnny Max Pilgrim, please visit our Heartfelt Sympathies Store.

We encourage you to share your most beloved memories of Johnny Max Pilgrim here, so that the family and other loved ones can always see it. You can upload cherished photographs, or share your favorite stories, and can even comment on those shared by others.

Guaranteed hand delivery by a local florist
B

Posted May 05, 2020 at 09:27am
Enjoyed working with Johnny in our Chevron days, I recall his EMT skills were needed more than once. Our paths crossed again in Big Spring where he was a deacon in the church, I was particularly proud of this accomplishment for him. Rest well in Jesus Johnny
I enjoyed knowing you.
Comment Share
Share via:
PA

Posted May 04, 2020 at 10:32pm
Please accept my deepest condolences for your family’s loss. Johnny was a fine man and soldier. RIP
Comment Share
Share via:
VK

Posted May 04, 2020 at 10:24pm
Shane and Valerie Kelton want to express our sincerest condolences to the Pilgrim Family. Johnny was an exceptional man - hardworking, honest, loyal and true - to God, His Family and His Country. Words just seem to fall short …. Johnny filled great needs in this world - he was a Soldier and Servant most of all....always doing what was right, no matter the cost and no matter how difficult. We can honestly say we are better people today for having met and worked with Johnny years ago. He was one of those people who makes others just want to do better.
Comment Share
Share via:
P

Posted May 04, 2020 at 03:29pm
Prayers for strength and comfort during this difficult time for all the loved ones of this good man!!
Sincere condolences from Peggy Trice Vernon
Comment Share
Share via: 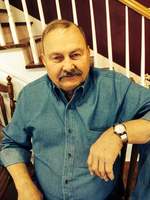