To share your memory on the wall of Wayne Webster, sign in using one of the following options:

Wayne was born August 17,1944 in Spur, TX to George and Georgia (Parr) Webster. He married Mary Brooks on November 5, 1965 in Post, TX. Wayne was a tool pusher most of his life. He enjoyed gardening, farming and spending time with his grandchildren and great grandchildren.

He is preceded in death by his parents, 2) sisters: Judy Webster and Marie Lessing, 2) brothers: James and David Webster. Son in law Ricky Chaidez.

Online condolences may be expressed to the family by visiting millerfamilyfuneralhome.com
Read Less

To send flowers to the family or plant a tree in memory of Wayne George Webster, please visit our Heartfelt Sympathies Store.

Receive notifications about information and event scheduling for Wayne

You will receive any future notification messages.
Print

We encourage you to share your most beloved memories of Wayne here, so that the family and other loved ones can always see it. You can upload cherished photographs, or share your favorite stories, and can even comment on those shared by others.

With love from your Panhandle Deli Team sent flowers to the family of Wayne George Webster.
Show you care by sending flowers

With love from your Panhandle Deli Team

Posted Aug 07, 2019 at 12:19pm
With deepest sympathy. Our thoughts and prayers are with you and your family.

With love from your Panhandle Deli Team purchased flowers for the family of Wayne Webster. Send Flowers

Flowers were purchased for the family of Wayne Webster. Send Flowers 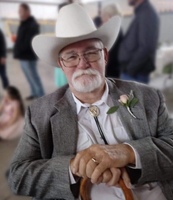