To share your memory on the wall of Shirley June Slaughter, sign in using one of the following options:

A Memorial Service will be planned for a later date. Funeral Arrangements are under the direction of Miller Family Funeral Home.

A Memorial Service will be planned for a later date. Funeral Arrangements are under the direction of Miller Family Funeral Home.

Online condolences may be expressed to the family by visiting www.millerfamilyfuneralho e.com
Read Less

There are no events scheduled. You can still show your support by sending flowers directly to the family, or planting a memorial tree in memory of Shirley June Slaughter.
Plant a Tree

We encourage you to share your most beloved memories of Shirley June Slaughter here, so that the family and other loved ones can always see it. You can upload cherished photographs, or share your favorite stories, and can even comment on those shared by others.

Posted Oct 16, 2020 at 07:21pm
Prayers for strength and comfort for all the family of Shirley!
Many fond memories!
Sincere condolences from Peggy Trice Vernon
Comment Share
Share via: 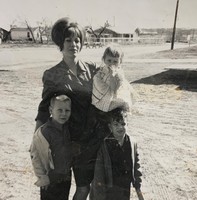