To share your memory on the wall of Roy Radford Taylor, sign in using one of the following options:

Provide comfort for the family of Roy Radford Taylor with a meaningful gesture of sympathy.

Print
Roy Radford Taylor, born April 16, 1944 in Brownfield, TX and raised in Snyder, TX passed away May 5,2020 at his residence in Snyder, TX after a lengthy illness with Pulmonary Fibrosis.

No Services are planned, at this time. Arrangement... Read More
Roy Radford Taylor, born April 16, 1944 in Brownfield, TX and raised in Snyder, TX passed away May 5,2020 at his residence in Snyder, TX after a lengthy illness with Pulmonary Fibrosis.

No Services are planned, at this time. Arrangements are under the direction of Miller Family Funeral Home.

Roy served in the U. S. Army stationed in Germany during the Vietnam War. At the end of his enlistment he settled in Odessa, TX.

In the 1970's, while still working as an outside salesman for Sherwin-Williams Paint Co. He ventured into the restaurant and bar business, opening several in the Odessa-Midland area. Farmer's Market Restaurant & Lounge,
Bo Weevil's Restaurant, Dudes & Dolls, Picasso's Night Club and finally The New Brewery. While in Odessa Roy was for a time in the Odessa Chuck Wagon Gang, and a member of The Flatlanders Ski Club.

Roy loved cars, boats, auctions any deal as long as he thought it was a good buy or trade. Roy moved on to Big Spring, TX in the 1990's to go into mobile home sales and to build an R-V park. The circle of his life was completed in Snyder, TX.

There are no events scheduled. You can still show your support by sending flowers directly to the family, or planting a memorial tree in memory of Roy Radford Taylor.
Plant a Tree

We encourage you to share your most beloved memories of Roy Radford Taylor here, so that the family and other loved ones can always see it. You can upload cherished photographs, or share your favorite stories, and can even comment on those shared by others.

Posted May 20, 2020 at 02:17pm
I met Roy when I was a teenager working in a car wash in Odessa. He was selling cars at Odessa Motor Company and would bring cars through the car wash regularly. He helped me get a job in the parts department there. Later worked for Roy when he had partnered with Grover Smith, building fiberglass motorcycle fairings. Always counted him as a friend, and we would run into each other from time to time and always talk and catch up. Ran into him in Big Spring at his business there several years ago and we talked for over an hour. I will miss that random opportunity of running into him and catching up. Sincere condolences to his family, I know it is a great loss. Stanley Prather
Comment Share
Share via:
LS

Thank you ,Stanley for your kind words and recollections. 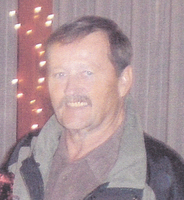