To share your memory on the wall of John \"Blondie\" Wilhelm, sign in using one of the following options:

Print
John "Blondie" Wilhelm, age 57, of Snyder, passed away at his residence, surrounded by family on Monday, April 27th, 2020.

Graveside services will be on Saturday, May 2nd, 2020 at 2:00 pm at Snyder Cemetery, Snyder, Texas. Arrangements ... Read More
John "Blondie" Wilhelm, age 57, of Snyder, passed away at his residence, surrounded by family on Monday, April 27th, 2020.

Graveside services will be on Saturday, May 2nd, 2020 at 2:00 pm at Snyder Cemetery, Snyder, Texas. Arrangements are under the direction of Miller Family Funeral Home.

John was a Mud Engineer for New Park Drilling Fluids, from 2004-2019, he also worked numerous positions, in the oilfield. He cherished all the family and friends in his life, biological or not, family was everything. His hobbies included riding his Harley with his wife and brothers, collecting guns and knives, fishing with his grandkids, tattoos and working. He was a hard working, kind man - one of a kind.

He was preceded in death by his Loving Wife, Christi (Partlow) Wilhelm. and his parents.

To send flowers to the family or plant a tree in memory of John "Blondie" Wilhelm, please visit our Heartfelt Sympathies Store.

We encourage you to share your most beloved memories of John "Blondie" Wilhelm here, so that the family and other loved ones can always see it. You can upload cherished photographs, or share your favorite stories, and can even comment on those shared by others. 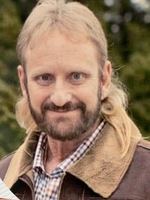 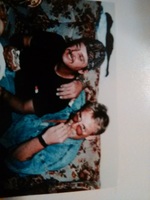 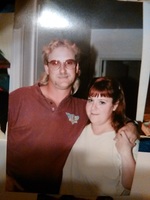