To share your memory on the wall of Joe Weldon Cooley, sign in using one of the following options:

Provide comfort for the family of Joe Weldon Cooley with a meaningful gesture of sympathy.

A Family Gathering with friends, are planned for Friday, August 30th, 2019 from 6:00 pm to 7:00 pm at First Baptist Church, Gail, Texas. Graveside Services will be on Saturday, August 31st, 2019 at 1:00 pm at Gail Cemetery with Bro. Randy Hardman officiating. Services are under the direction of Miller Family Funeral Home.

Mr. Cooley was born on November 16th, 1946 in Rotan, Texas to Weldon and Stella (Pryor) Cooley. He married Pam Aten on June 09, 1967 in Lamesa, Texas. He was a member of the First Baptist Church in Gail, Loved spending time with his family, hunting and watching TV.

He was preceded in death by Parents, Audrey Weldon and Stella (Pryor) Cooley and Brother, Wayne Cooley.

Provide comfort for the family by sending flowers

We encourage you to share your most beloved memories of Joe Weldon Cooley here, so that the family and other loved ones can always see it. You can upload cherished photographs, or share your favorite stories, and can even comment on those shared by others.

Powell, Lynne Bixler and Ben Cooley, and others have sent flowers to the family of Joe Weldon Cooley.
Show you care by sending flowers

Posted Aug 29, 2019 at 08:59pm
So sorry for your family’s loss. You are in my thoughts and prayers! I loved that he always would let me give him a hug!
Comment Share
Share via:
C

This hits so close to home. Such wonderful memories of Joe growing up. We love the Cooley family so much. Joe was a man to be looked up too. Our condolences for your loss. Heavens Gain💙. Steve & Carolyn Stephens.
P

Posted Aug 29, 2019 at 08:30pm
We are so sorry for your loss. We are praying for you guys during this time. We love you very much! The Powell family 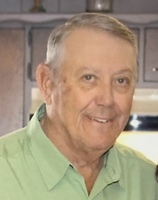