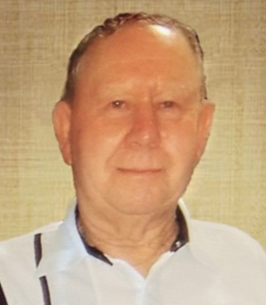 Jim started working for Sun Oil Company (Sunoco) in 1946. He retired from Sun Oil (which had changed to the name Oryx) after 43 years, in 1990, as a Master Craftsman.

During the years he worked for Sun Oil Company, the Anderson family lived in Snyder, Pampa, Forsan (at the Sun Oil Camp), Kermit, Levelland, and transferred back to Snyder in December 1970.

Jim married Edna Sells July 20, 1974. Jim and Edna “lived happily ever” for 48 years! When people saw them together-always holding hands-at church, the grocery store, or at their house, everyone knew they were true “Sweeties” until she went to her Heavenly home, four months ago, on March 17th.

Jim was very talented. He could build, create, and repair anything. If he could visualize it, he could create it. He bowled with a bowling league in the 1950’s and 1960’s. He built model airplanes for his sons, and he built and flew remote controlled airplanes during his retirement years. He rode a Honda Aspencade for several years with the Snyder Motorcycle Riders Club. He enjoyed playing golf with his friends. He was the Team Captain for the Jal High School football team, and for the rest of his life, he loved watching football!

Jim was a member of 37th Street Church of Christ in Snyder.