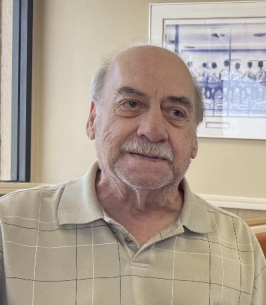 Dewey (his childhood nickname) was born August 26, 1953, in San Angelo, Texas to Odus Kermit and Zelda Charlene Feemster Smith. Dewey was the consummate salesman for most of his life. After graduating from Cooper High School in Abilene, Texas, he worked at Ponca Wholesale in Abilene. He subsequently went to work for Marvin Norwood selling used autos and then at Flag World, which was owned by Mr. Norwood, in Abilene. He then purchased the inventory of Flag World and opened his business, D & J’s Flag World at 1865 Butternut St. Abilene, TX. He was also employed on the weekends at PONDEROSA in Abilene, TX. His favorite activity was visiting the casinos in Oklahoma and Louisiana.

Dewey was never married nor had any children. Survivors include two brothers, Randall (Barb) of The Colony, Texas and Ray Smith of Desdemona, Texas. Also, half-brother Cecil Wayne (Ella) Fesperman of San Angelo, Texas and half-sister, Marilyn Kaye Long Stewart Edwards along with many nephews and nieces.

Online condolences may be expressed to the family by visiting www.millerfamilyfuneralhome.com