To share your memory on the wall of Connie Groff, sign in using one of the following options:

Provide comfort for the family of Connie Groff with a meaningful gesture of sympathy.

Connie’s career was that of a caregiver at nursing homes and also private care for the elderly and/or disadvantaged. She loved old movies and spending time with family and friends. She will be remembered for her feisty personality, generous heart, collection of knickknacks, and the story regarding her encounter with George Strait, which she never tired of repeating.

Connie’s family wishes to give special thanks to the staff at Nolan Nursing and Rehab who treated her like family and loved her as one of their own.

Graveside services will be held in Orange Grove, Texas, at a later date.
Online condolences may be expressed to the family by visiting millerfamilyfuneralhome.com
Read Less

We encourage you to share your most beloved memories of Connie here, so that the family and other loved ones can always see it. You can upload cherished photographs, or share your favorite stories, and can even comment on those shared by others.

Posted Aug 10, 2019 at 05:05pm
my mother Ruth Cole and I Orval Carney would like to send our condolences to Connie's family. Ruth Cole shared Connie's room at Nolan nursing and rehab for 6 months and got to know and love her. Orval Carney lived just up the hall from Connie and grew to know her and respect her. she will live on in the memories of the staff and residents here for her sometimes feisty and humerus out look on life she will be greatly missed. thank you.
Comment Share
Share via:
BM

Posted Aug 09, 2019 at 01:36pm
Kent, I am so very sorry for the loss of your mother. You and your family are in our thoughts and prayers today and in the many days to come. Brandon, Michael, Cyndy & Colton.
Comment Share
Share via: 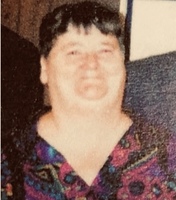