To share your memory on the wall of Clint McCowen, sign in using one of the following options:

Graveside services for Mr. McCowen were held on Sunday, August 23, 2020 at 2:00 pm at Snyder Cemetery with Steve Highfield and Larry McCaden officiating. Arrangements were under the direction of Miller Family Funeral Home.

Schearod Clint McCowen was born on May 1, 1934 to S.E. and Edna McCowen. One of 10 children, he grew up in West Texas raising cattle and cotton. He married Francis Blair McCowen, when she was 16 and he was 18 just before Christmas on December 23, 1956. They were married for 66 years. He served his country in the U.S. Army from 1956 to 1958 and raised three children who he is survived by: Clinta, Shawn, and Neika.

He is survived by his wife, Francis McCowen of Snyder, Texas, and brother Don McCowen and his wife Linda of San Angelo, Texas. He is also survived by his children, grandchildren, and great grandchildren: Neika and Joel Smith and their children Jadon and Jasmine Smith of San Angelo, Texas; Clinta and Darrel Lester, son Jordan of Midland, Texas, and daughter and son-in-law Jeremee and Adam Duncan of Dalhart, Texas; Shawn and Carol McCowen of Snyder, Texas, their daughters Raven, Emily and Blair of Lubbock Texas. He is also survived by great grandchildren Logan and Beretta Duncan of Dalhart, Texas.

He was preceded in death by eight brothers and sisters.

Online condolences may be shared with the family by visiting millerfamilyfuneralhome.com
Read Less

To plant a memorial tree in honor of Clint McCowen, please visit our Heartfelt Sympathies Store.

Receive notifications about information and event scheduling for Clint

There are no events scheduled. You can still show your support by sending flowers directly to the family, or planting a memorial tree in memory of Clint McCowen.
Plant a Tree

We encourage you to share your most beloved memories of Clint here, so that the family and other loved ones can always see it. You can upload cherished photographs, or share your favorite stories, and can even comment on those shared by others. 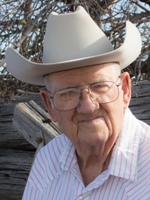